Caring For Plants After A Hard Freeze 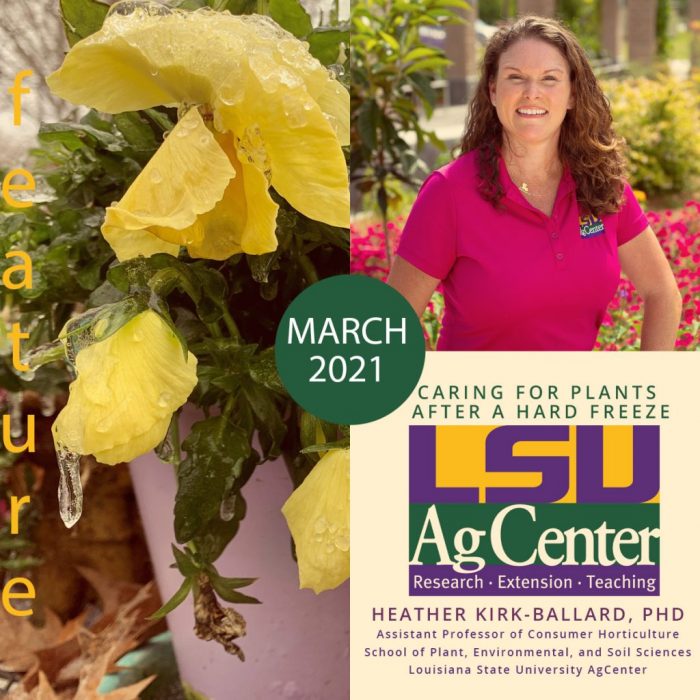 Our winters vary in severity from year to year. This year, in mid-February, we got a dose of freezing temperatures for several days. The entire state of Louisiana got ice, sleet, and snow. With temperatures reaching as low as 20, 15, or even lower, covering plants, despite our valiant efforts, could not prevent damage to our plants. Undoubtedly, we all lost something during the recent hard freezes.

The roots of most hardy plants will be okay.  Luckily, the soil was wet from recent rains, protecting against freezing soil temperatures. Even though many plants froze up top, they are still alive beneath the soil, and plants will return from their roots-rest assured.

No doubt, tender tropical plants melted like the wicked witch of the west from Oz. Under an extended hard freeze like the ones we just experienced, you may see plant stems splitting and peeling. I hate to say it, but if you see this, you’re likely burying that plant for the second time, and there will be no resurrection.

Many tropical plants turned to mush and are now brown. If you’re fortunate enough that your tropical plants survived, now that the temperatures are warming up, you can safely remove the dead foliage and add a nice thick layer of mulch around the plant’s crown and the rest of the surrounding area.

Unfortunately, in extended hard freezes, the water in between and within the plants’ cells will freeze, causing the cells to expand and rupture, resulting in damaged plant tissue. This type of damage is typically irreversible. You will see this most often in tropical plants such as hibiscus, cannas, pentas, vinca, angel’s trumpet, banana trees, gingers, succulents, and cassia trees. Think leafy plants. Sadly, it’s typically those with the best flowers.

If your plants suffered freeze damage, you could do some things to help them recover. The amount of damage depends on the severity and duration of the freezing temperatures. If you have light freezes for short periods, plants can usually recover. After hard, extended freezes, there’s no guarantee.

After a hard freeze, you should be patient. Do not go straight for the pruners and cut everything back. It takes several days, sometimes weeks, for plants to show us just how damaged they are. If plants are mushy and slimy, remove this material to prevent fungal infection or disease in the days to come. You may cut out the dead material to clean things up.

For woody plants, it’s best to wait until spring. You can check for life on woody plants and perennials by scratching the stems’ bark and looking for green color underneath. If you find green, you’re in luck. Your plant is still alive.

Don’t go pulling anything out of the ground just yet! Many of our cool-season annuals will probably be okay.  They are much more cold-hardy than other annuals. Violas, pansies, dianthus, foxglove, clematis are alive and will likely bloom again this spring.

In the future, it is good to know what types of plants need the most attention. Tender plants die in freezing winter temperatures, such as herbaceous, tropical, and sub-tropical plants.

Plants that are ‘hardy’ can survive our typical winter temperatures, including most woody trees and shrubs. They are reliably hardy in freezing temperatures and do not typically die.

Many perennial plants are ‘root hardy,’ meaning they will return from their roots, crown, or other underground parts such as bulbs or tubers.

It is good to know what your plants can hold up to when deciding to install them in your landscape. Selections should be hardy enough to survive freezing temperatures below what is ‘normal’ and tough enough to stand up to our severe summer heat.

For better accuracy, the zones break into “a” and “b” levels, both representing 5-degree Fahrenheit differences with “a” being colder than “b.”

To determine what low temperatures the plant you are selecting can tolerate, use the USDA plant hardiness map. This map has 11 planting zones spread across the United States and southern Canada. The zones range from 3 to 11, with the lower numbers found in colder, more northern climates of the United States, with the higher numbers being in the south.

For example, most of the United States lies in planting zones 4 to 8, with extreme parts being Alaska in zone 1, central and southern Florida in zones 9 to 11, and the hottest zones are 12 and 13 for Hawaii and Puerto Rico.

If you live, for example, in Zones 5-9, that means the farthest north the plant can be grown in Zone 5, or it will suffer or die in colder temperatures.

A plant rates as hardy if it can tolerate lower temperatures than your area would typically receive. When choosing plants from the plant nursery, they will undoubtedly carry plants that will tolerate our low temperatures.

If possible, choose plants that are hardy at least one zone north of where you live. For example, if you live in Zone 8, choose plants hardy to Zone 7. Choosing by zone gives you a leg up, should the winter be an unseasonably cold one. 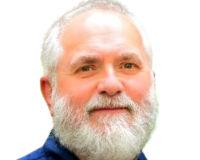 The Advantages Of Preapproval

MortgagesThe Advantages of PreapprovalBy VICKIE ELMER    WITH the housing market warming up in many areas, and multiple offers becoming more commonplace, buyers who want an advantage

Are you looking to transform your bathroom into a spa-like retreat? Check out these freestanding and pedestal bathtubs from HGTV that will have you ready for a renovation in the name of

WHY WAITING TO BUY A HOME MAY COST MORE

Thanks to Craig Achtzehn with Draper & Kramer Morgage for this information ...If you’re on the fence about purchasing a home, here’s an important piece of advice: buying a home sooner

Caring For Plants After A Hard Freeze

By registering, you agree to our terms of use and that real estate professionals and lenders may call/text you about your inquiry, which may involve use of automated means and prerecorded/artificial voices. You don't need to consent as a condition of buying any property, goods or services. Messages/data rates may apply.